Let Bug Authority Fight the War On Ticks for You 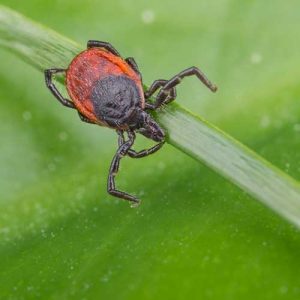 Recently, the House of Representatives authorized an investigation into the Department of Defense’s top secret weaponization of ticks that carry Lyme disease. If ticks are a problem in your yard however, don’t wait for the Senate to take action. Call Bug Authority today to set up your Yard Pest Control Treatment. This treatment is provided in the warm months when ticks are active.

Congress fears that the DOD released the disease-carrying ticks in New York between 1950 and 1975. And from there, they spread across the country bringing Lyme disease with them. But Columbia University scientist Maria Diuk-Wasser says this is not possible. She says ticks move too slowly to have spread across the entire country in this length of time. Regardless, disease- carrying- ticks are present throughout this area, and we must be vigilant in our efforts to avoid tick bites.

But here’s the good news: help is just a phone call away. Our trained technicians at Bug Authority can protect your family from ticks all through the tick season. And our Yard Pest Control Treatment also kills fleas and mosquitoes. Give us a call today to find out more.

The CDC lists the typical symptoms of Lyme disease as fever, headache, fatigue, and a characteristic skin rash called erythema migrans. It is important to watch for these symptoms for at least 30 days after a tick bite. If left untreated, infection from Lyme disease can spread to joints, the heart, and the nervous system.