In Middle Tennessee, hot temperatures are moving in. We’re already in the 90’s! The summer weather means wasps and other stinging insects are also on the rise. In fact, the warmer the temperatures get, the more you will see yellow jackets and other wasps. The simple reason for this is that warmer temperatures make wasps grow more quickly. More rapid growth means they are also maturing and reproducing more quickly. At Bug Authority, we specialize in wasp control and yellow jacket control in Franklin, Brentwood, Nashville and throughout middle Tennessee.

How to Interact with Wasps 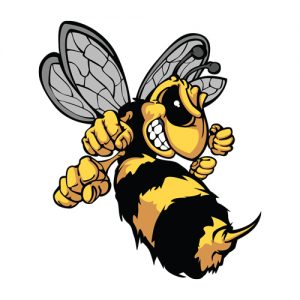 Rule #1 is… just don’t. Try to avoid wasps at all costs. Don’t swat at them; wasps will only react to your threats by stinging. (Each wasp can sting multiple times too!) Don’t squash them; they will release a pheromone that only calls more angry wasps to the scene. Don’t attract them with open soda cans, uncovered food, or uncovered garbage cans. Don’t even get close to a nest; wasps are very defensive of their nest.

What To Do If You See a Wasp Nest

Just because you see a wasp doesn’t necessarily mean that there is a nest close by. Wasps can forage for food up to 1,000 yards from their nests.

But, if you do actually see a nest or you see wasps continually going in and out of an opening (like in a gutter, for example), it’s time to call Bug Authority. Yellowjackets are often considered the most dangerous stinging insects in the United States. Don’t take chances. Call in the professionals.

Bug Authority has the experience and training to handle wasp nests safely. We also have the proper insecticide to kill the queen, which is the key to eliminating the problem. If you have a problem with wasps, give us a call at 615-472-1292. We can provide a fast and efficient service that’s right for you. We specialize in specialty pest control and can help you with a variety of pest issues such as brown recluse control and bed bug treatments.